Dublin City Gallery The Hugh Lane Press release:
On Thursday evening the 16th October Anne Madden will receive the prestigious award Officier des Arts et des Lettres from the French Government in recognition of her services to contemporary art. The award will be bestowed on Ms. Madden by the Ambassador of France to Ireland Yvon Roe D'albert in the French residence 50 Ailesbury Road Dublin 4 at 6.00pm Anne Madden is a central figure in contemporary Irish art. Although she spent her early years in Chile she became familiar with the Irish landscape particularly the Burren in County Clare, where she spent many summers in her teens. Greatly influenced by place especially ancestral and ancient sites, this inspiration is a conduit for a unique articulation of light colour and form. In the 60'ss following a period at Chelsea Art School, her light filled fluid paintings of rock and land formations won her critical acclaim and in 1964 she was the first recipient of the Carroll's award at the Irish Exhibition of Living Art. The next year she represented Ireland at the Paris Biennale. Following on her megalithic paintings of the 1970s Anne Madden embarked of a series of Pompeiian inspired works in the 1980s. This was after a visit to Pompei which moved her deeply, not only the evident destruction of the people but also the particular shapes and sensations of the ruined spaces frozen in their time. In recent years, Madden has worked on an increasingly ambitious scale. She undertook the painting of the Chateau de Carros in France (Empyrius, 1999). The spectacular 54m. squared ceiling suggests a sacred and ritualistic space. Winged Figure (2004/5), which was painted shortly afterwards, shows an angel-like winged figure over a flaming sea or sky. THis was donated to Dublin City Gallery The Hugh Lane earlier this year by the the Jazz imperasario George Wein and is on permanent loan to City Hall. Anne Madden has becone increasingly celebrated as a leading contemporary artist. In 2007, The Irish Museum of Modern Art held a restrospective of Madden's work. In 2002 the Hugh Lane organised a major exhibition of her paintings entitled Trajectories and in 2003 showed a sequence of 12 large paintings entitled A Space of Time. Anne Madden oeuvre forms part of the canon of contemporary abstract painting. Her paintings, expressive vibrant works never peopled are continually concerned with hubris and its consequences for mankind. The luminous architectural forms and mythological inspired landscapes celebrate order in the wake of man’s intervention. The tension between the present and that which is no longer there makes for a potent visual language, that is unique to her.

George Wein (born October 3, 1925) is an American jazz promoter and producer who has been called "the most famous jazz impresario" and "the most important non-player... in jazz history".[1] He is the founder of what is probably the most well-known jazz festival in the United States, the Newport Jazz Festival, which is held every summer in Newport, Rhode Island. Wein has received a wide array of honors for his work with jazz concerts. He received the Patron of the Arts Award from the Studio Museum of Harlem in 1995, and in 2004 was recognized with an Impact Award from the AARP. He was decorated with France's Légion d'honneur and appointed a Commandeur de L'Ordre des Arts et Lettres (Commander of the Order of Arts and Literature) by the French government. He has been honored at the White House by two American presidents, Jimmy Carter in 1978 and Bill Clinton in 1993. In 2005 he was named a "Jazz Master" by the National Endowment for the Arts. His autobiography, Myself Among Others: A Life in Music was singled out as 2004's best book about jazz by the Jazz Journalists Association. Wein has received honorary degrees from the Berklee College of Music and Rhode Island College of Music, and is a lifetime Honorary Trustee of Carnegie Hall. 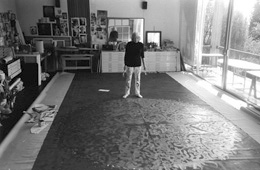 Painting is a life long affair – somewhat resembling a love affair. It’s an exciting obsession and the painter is driven in a passionate relationship with his medium, which holds out both certainty and uncertainty, tantalising rewards of exhilarating possibilities, in turn possible and impossible. Between the painter and his medium are intimate engagements, struggles and combat, passages of sensual and sure handed amorous strokes inducing states of elation and excitation – often followed by disaster and despair.

Any of this sound familiar?

A painter’s life follows an unreasonable compulsion through thick and thin – usually overdoing heavily on thin.  It’s a life tantalising elusive that keeps escaping one. I’m in thrall to the infinite possibilities of the transformative power of paint – always hoping for a magical transmutation to take place; a startling alchemical event i.e. magic!
Our minds are magic boxes which often play games with puns, codes, metaphors, parody and mimicry. After all art is artifice conjured into something other: that must convince the other becoming a thing in itself. Music is another imaginative language which none the less seems to people perfectly natural and very convincingly real. But not always, mind you, nor at once. It can at first be shocking, offensive and outrageous to the listener – until the world-stage-audience calms down a bit and the unfamiliar assault on its senses becomes absorbed gradually into the fabric of life...

Anne Madden — Painter and Muse (RTE1, Tue), a documentary on the life and work of the titular artist, written and directed by Bill Hughes, did a superb job of getting to grips with the subject’s dynamic personality, not to mention the fraught topic of modern art. Madden, who is married to fellow painter Louis le Brocquy, has suffered from sexism in her career. It may look different when couched in the allusive language of art-speak, but really it’s the same old set of dated attitudes that assails most ordinary working women. In the 1960s, she interrupted her work to have children. When le Brocquy’s star rose, people assumed she was some kind of minor appendage: a hobby painter or a muse to the great man. And people go on thinking these things, even when her work hangs beside Picasso’s. The documentary’s title — despite Madden’s rejection of musedom — was also a nod in the wrong direction. The content went a long way towards rectifying this, however, with a careful balance struck between the artist and her work. Madden’s personality radiated from the screen: intelligent, quirky, observant and idiosyncratic, she is nobody’s appendage. Still startlingly attractive in her seventies, she told of a life flecked with tragedy: both her father and her sister were killed in accidents, and she was bed-ridden for two years with a life-threatening illness. Madden made no great claims about reaching through pain for art: that kind of language is best left to the critics. But she came across as lucid and oddly pragmatic, with a way of making the most abstruse bit of art chatter sound like plain common sense. Meanwhile, the camera lingered on her canvasses: great gnarled swathes of blue and gold, hovering on the verge of abstraction without toppling over the edge. They seemed at one with Madden herself: charismatic, mysterious and beautiful in a way that transcends mere decoration. Documentaries about artists too easily become a parade of celebrity admirers. While this one was not immune — Bono popped up to deliver a piece of hyperbole — it generally avoided the worst traps. In the long run, Madden could yet be seen as a more significant figure than her husband: not because the balance needs to be redressed to make up to female artists everywhere, but because this artist — who happens to be a woman — is that good. There is a simple reason why paintings are sold at such staggering prices. Like world-class sporting stars and musicians, an artist is a complex and unique personality, and their work reflects this. A real painting — not an attempt to jump on a bandwagon — is a badge of authenticity.

A deeply personal and hugely visual documentary on the life and work of Anne Madden; one of Ireland's greatest living artists, and her extraordinary 50-year relationship with her partner the celebrated painter, Louis Le Brocquy, now in his 90th year. 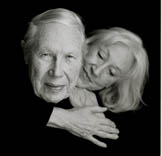